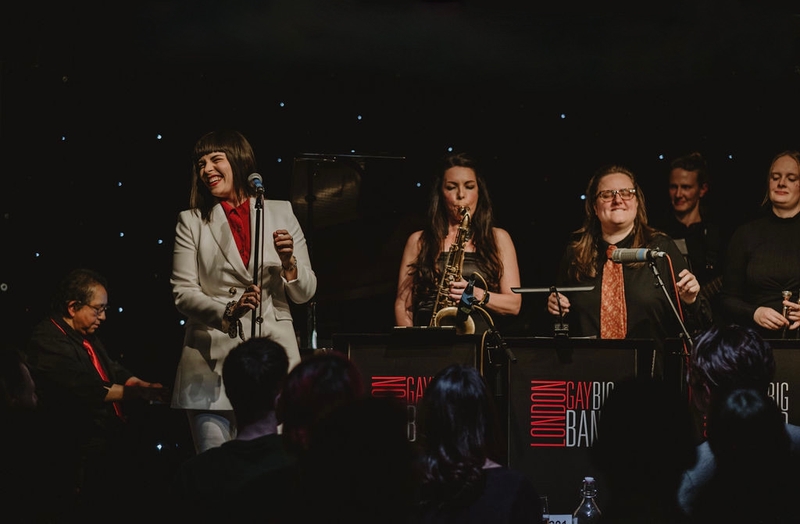 Photography by Photo by Jess Rose

A specially formed all female small big band is going to bring the house down The London Gay Big Band, founded in the summer of 2011, is a sensational jazz orchestra made up of predominantly – but not exclusively – LGBT musicians and vocalists, bringing a fresh and fabulous vibe to the London music scene.

Since its formation, the Band has gone from strength to strength, performing at a number of high profile events, including EFG London Jazz Fest, (2021), London Pride, and top venues throughout London and internationally.

In 2014 the LGBB reached the Semi Finals of Britain’s Got Talent, performing live to a television audience of 7 million people!