On The Bookcase with Tish Oney 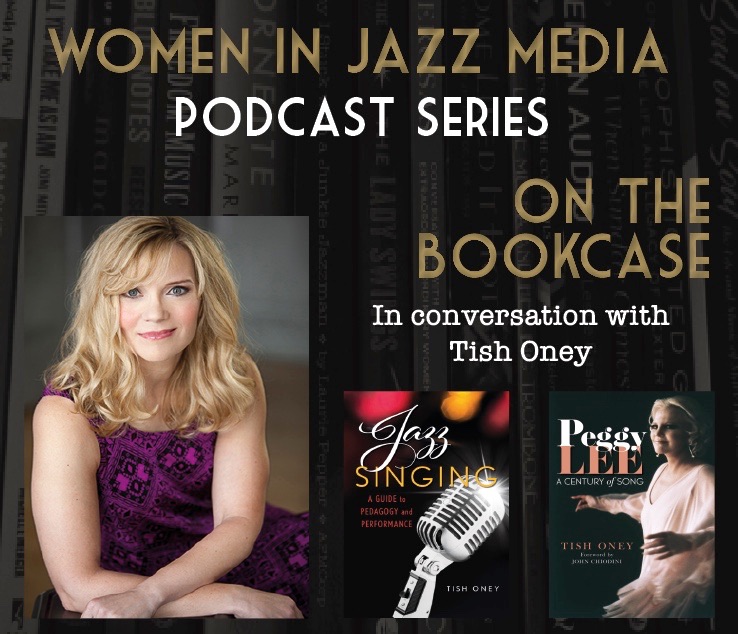 For this sixth episode in our podcast series ‘On The Bookcase’, featuring female authors from across the world, with host Fiona Ross, we welcome guest Tish Oney. We have original music from Hannah Horton and you can also now find our podcasts in the top 60 Best Jazz Podcasts in FeedSpot! Listen here

Oney has performed and/or recorded with scores of renowned jazz artists and has headlined at hundreds of performance venues worldwide. She was featured as a big band/symphony soloist in the PBS-broadcast concert recorded at Galen Center in Los Angeles: “We Love Ella! A Tribute to the First Lady of Song.” She has performed as soloist with Detroit Symphony Orchestra, Rochester Philharmonic Orchestra, Williamsburg Symphony, Spartanburg Philharmonic Orchestra, Symphoria, the U.S. Army Jazz Ambassadors, Army Voices, Army Blues (Pershing’s Own), SC Bach, Greenville Chorale, and other outstanding ensembles. She has headlined at international jazz festivals, Las Vegas casinos, and major stages throughout the world. She has appeared as headlining performer at many jazz hotspots including The Jazz Bakery (Los Angeles), The Jazz Corner (Hilton Head Island), Feinstein’s at Loews Regency, and the off-Broadway Triad Theatre (New York). An experienced film, stage, and television actress, Oney imbues her live performances with dramatic power and warmth.

In addition to her full performing and recording career, Dr. Oney has served as a professor of music at several major universities and colleges, most recently as Coordinator of Music, Director of Jazz Studies and Commercial Music, Director of Voice, and Director of Choral Activities. Several of her former voice students have enjoyed major careers on Broadway, as well as in opera, jazz and commercial music. Considered an expert in multi-genre singing, Dr. Oney has served the National Association of Teachers of Singing as a workshop presenter and master teacher of jazz, classical, opera, music theatre, and commercial styles. She teaches online voice lessons for professional and pre-professional singers throughout the United States and abroad.

As critically acclaimed musicologist and bestselling author of Peggy Lee: A Century of Song, Tish enjoys opportunities to travel and share her knowledge as part of the official Peggy Lee 100 worldwide centennial campaign. She was honored to be invited as musicologist/artist to the Grammy Museum panel discussion and toast for Lee’s 100th birthday (May 26, 2020). Following the worldwide acclaim for her book, Tish has been a guest on international talk shows “q with Tom Power” broadcast on the CBC, NPR, PRI, and Sirius XM networks, as well as “The Daily with Dave Hodgson” on Talk Radio Europe (broadcast to 120 countries). She is a frequent guest on talk radio, podcasts, and television, and has hosted her own podcast, “The Singer’s Muse” on WGJC in Greenville. Oney’s second book, Jazz Singing: A Guide to Pedagogy and Performance, released in February 2022. A prolific jazz journalist and contributing author to The Journal of Singing, JazzTimes, and Classical Singer Magazine, Oney also writes a column titled “Anatomy of a Standard” for All About Jazz. Her diverse artistic talents combine to form an outstanding performing artist-pedagogue with exceptional technique, improvisational skill, and expertise.

To find about more about Tish and to purchase her books, please visit her website here