The Notes Between: A new podcast series with Lara Eidi 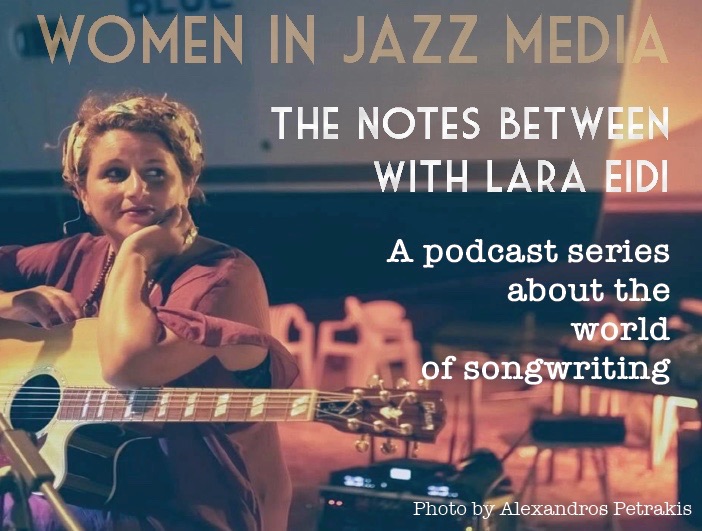 Welcome to the very first episode of our brand-new podcast series’ The Notes Between’ with Lara Eidi. Conversations exploring everything behind and about the world of songwriting! Our theme music ‘Opened Eyes’ is from Lara Eidi herself available here

In this first episode, Lara talks to songwriter Liv Monaghan. Available on Spotify Apple and Anchor

Liv Monaghan is a vocalist and songwriter based in Paris. Producer and story-teller with two studio albums of compositions released between 2016 and 2018 and another on the way. ‘My music pulls threads from Jazz, Soul, Rock, and Romanticism to create an alternative, sometimes experimental, often poetic and always original sound’. Lover of the left-behind, of old things of letter-notes and half-light ghosts which get stitched, strung or typed back up together to make something new.

Lara Eidi is an artist that thrives on being different.  Born in Athens Lebanese- Canadian parents, her entire life and career is that of a  singer-songwriter , multidisciplinary artist, educator and writer. Undefined by style, Lara’s music has earned her own unique place in the music world as a storyteller, jazz and folk singer, composer and recording artist heard at venues in London including the Barbican, St Martins in the Fields, Green Note, Edinburgh Festival, Beirut International Festival to name a few. Born in Athens to Lebanese-Canadian parents, her music has gained her critical acclaim as an artist with a truly unique voice (BBC Artist, 2020- 2021), who manages to shift between musical styles and vocations owed to her diverse background as a singer ( Guildhall School of Music and Drama ); writer ( English Literature from the University of St. Andrews) and educator. Lara's passion and artistry comes from a pure and authentic drive to connect with audience members as well as students, creating a space where the healing power of music can be felt by all.  Recently supported by Hawkwood College and the Francis W Reckitt Arts Trust, Lara is set to record her new album in Spring 2023, and has just launched her very first podcast on songwriting 'The Notes Between' with Women in Jazz Media.  Finally, her passion for music as a life choice has led her to become an in demand educator, offering workshops at leading music institutions as well as community spaces in Europe.

"Lara Eidi is one of those singers who connects with the audience as soon as she starts to sing. Perhaps psychologists can explain the gift – and it is a gift "Sandy Brown Jazz- London